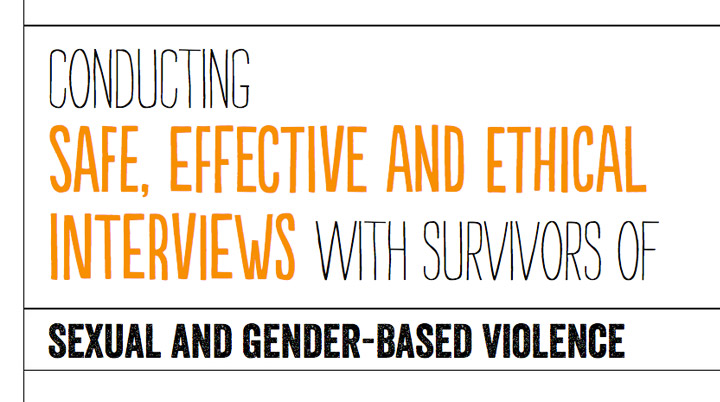 Published September, 2013 by sylviedoppelt in Uncategorized

Guide to Interviewing Survivors of GBV Now Available! Plus, Updates from Our Campaign Partners

September 2013 | Program Director Sam Gregory presented on the use of video and YouTube for work on gender based violence (GBV) at the inaugural Open Square Summit, coordinated by Futures Without Violence. The summit was attended by over one hundred activists and opinion-shapers. The Guide to Interviewing Survivors was highlighted in the presentation and made available to attendees.

Here’s what our partners and peers are doing now to stop gender based violence:

On September 24, 2013 a video produced during our partnerships with Womens’ Initiative for Gender Justice was screened at the UN General Assembly during a high-level panel introducing a new UN Declaration on ending sexual violence in conflict. The live recording of the panel can be seen here.

Our former campaign partner LSC-Goma, produced a 10-minute video on sexual violence in the province of North Kivu, in the Democratic Republic of Congo.

Both LSC and HOPs were trained by WITNESS as part of our gender-based violence campaign in partnership with Womens’ Initiative for Gender Justice.